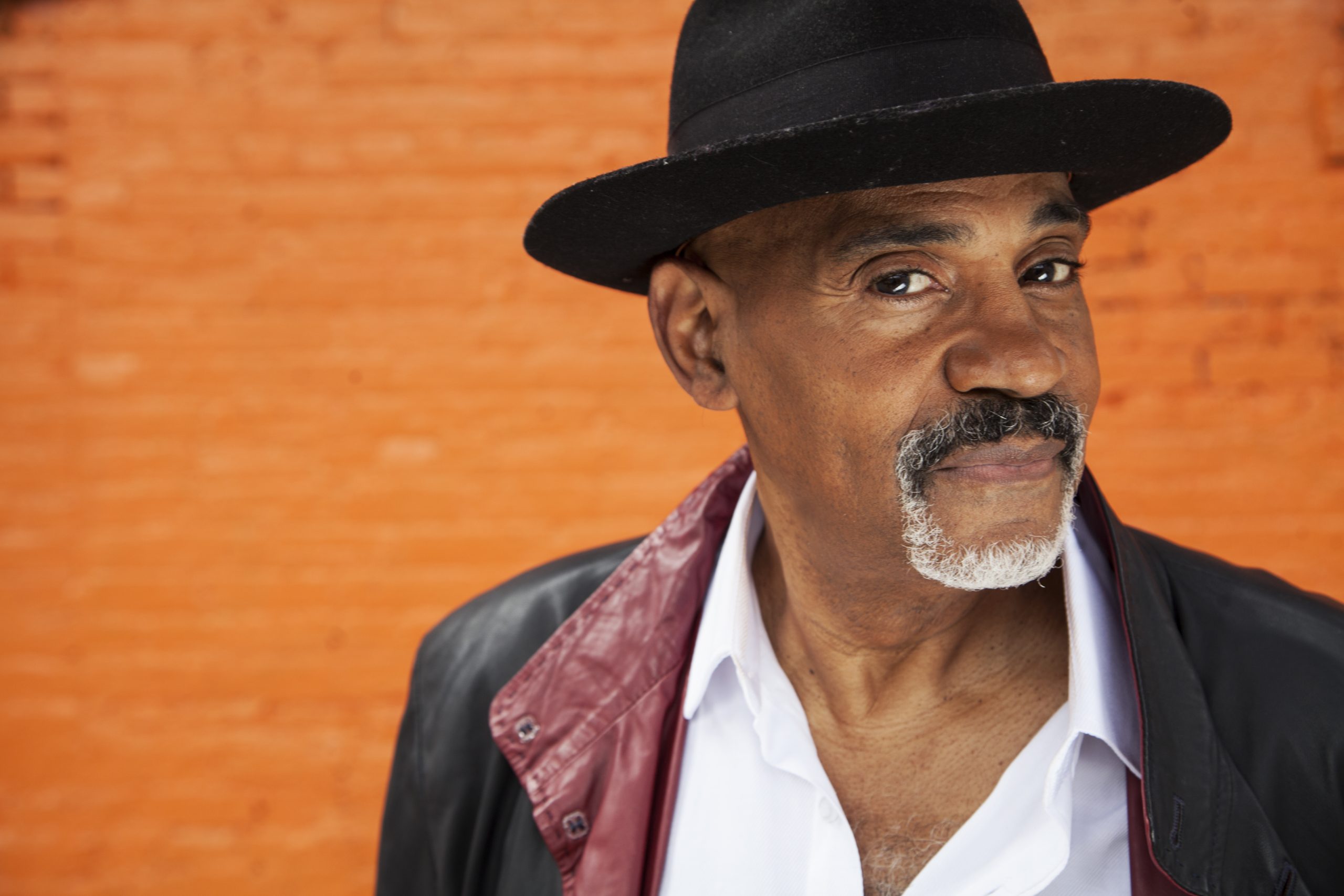 “The myriad fans who’ve fallen under the spell of Gregory Porter need to give Allan Harris a listen… laidback assurance and that enticing blend of Sammy Davis Jr. dynamism, Cole sophistication and George Benson Jazz smarts.”

Over the past 20 years, Allan has steadily developed his reputation as one of the finest vocalists of his era. Brooklyn-born and Harlem-based, he has forged his sterling credentials through his ten previous albums, covering a broad range of contexts, all netted together within the rich territory of the jazz tradition.

In addition to his recordings, he has performed on a worldwide stage that has taken him to prestigious international festivals and halls in Europe, the Middle East and Asia, as well as the 2012 Olympics in London. At home, he has toured nationally at festivals and top venues, including New York’s Lincoln Center and D.C.’s Kennedy Center.

He has received numerous awards, including the New York Nightlife Award for “Outstanding Jazz Vocalist” (which he won three times), the Backstage Bistro Award for “Ongoing Achievement in Jazz,” the Harlem Speaks “Jazz Museum of Harlem Award,” and the DownBeat Critic’s Poll Award for “Rising Star Vocalist.”

Kate’s Soulfood is a spirited, soul-drenched ten track recording that pays homage to vocalist Allan Harris’ home of Harlem, NYC. Showcasing his brisk baritone and deft songwriting ability, Harris’ fourteenth release as a leader paints a vivid portrait of his vibrant neighborhood that draws heavily from a deep well of childhood memories. Like his ancestors who emigrated uptown during the Harlem Renaissance, Harris saw Harlem as a place of
opportunity, belonging, and most importantly, love.

“The people that enveloped me with their love and teaching placed an armor of music, literature and history around my underdeveloped mind.” Kate’s Soulfood is the outcome of their heartfelt efforts. The album title comes from his Aunt Kate’s well-loved luncheonette Kate’s Home Cooking, located behind the Apollo Theater.

“I experienced many pivotal moments at my aunts’ restaurant.. .it was there that I really found my voice.” In composing the music featured on Kate’s Soulfood, Harris drew from these impactful experiences, and in doing so, has produced a wide-ranging sonic tapestry of his beloved neighborhood.

“[T]he most exciting young male singer on the scene….”