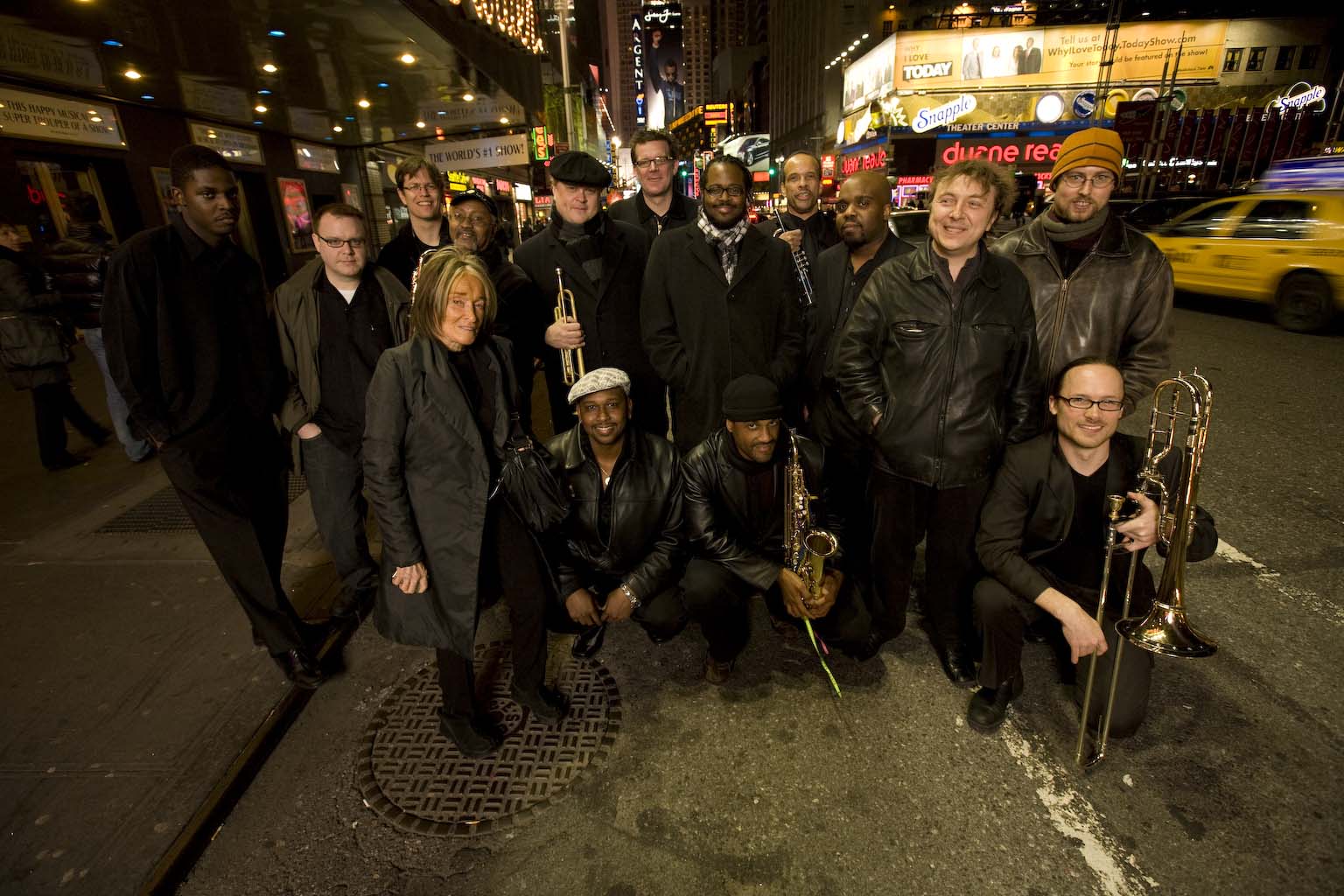 “Some people describe the Mingus Big Band as the most joyous experience in jazz. Others call it the most profound. Seeing the band last night at Ronnie’s was a reminder of why it’s both at once.” – Telegraph

The Mingus Big Band celebrates the music of composer/bassist Charles Mingus, who died in 1979. Under the artistic direction of Sue Mingus, this 14-piece band performed Thursday nights from 1991 to 2004 at Fez under Time Cafe in New York City. It maintained weekly residencies in the city from May 2004 until October 2008, when it began “Mingus Mondays” at Jazz Standard where it alternates with the Mingus Orchestra and Mingus Dynasty.

The Mingus Big Band tours extensively in the United States and abroad, and has ten recordings to its credit, seven of which have been nominated for Grammys.