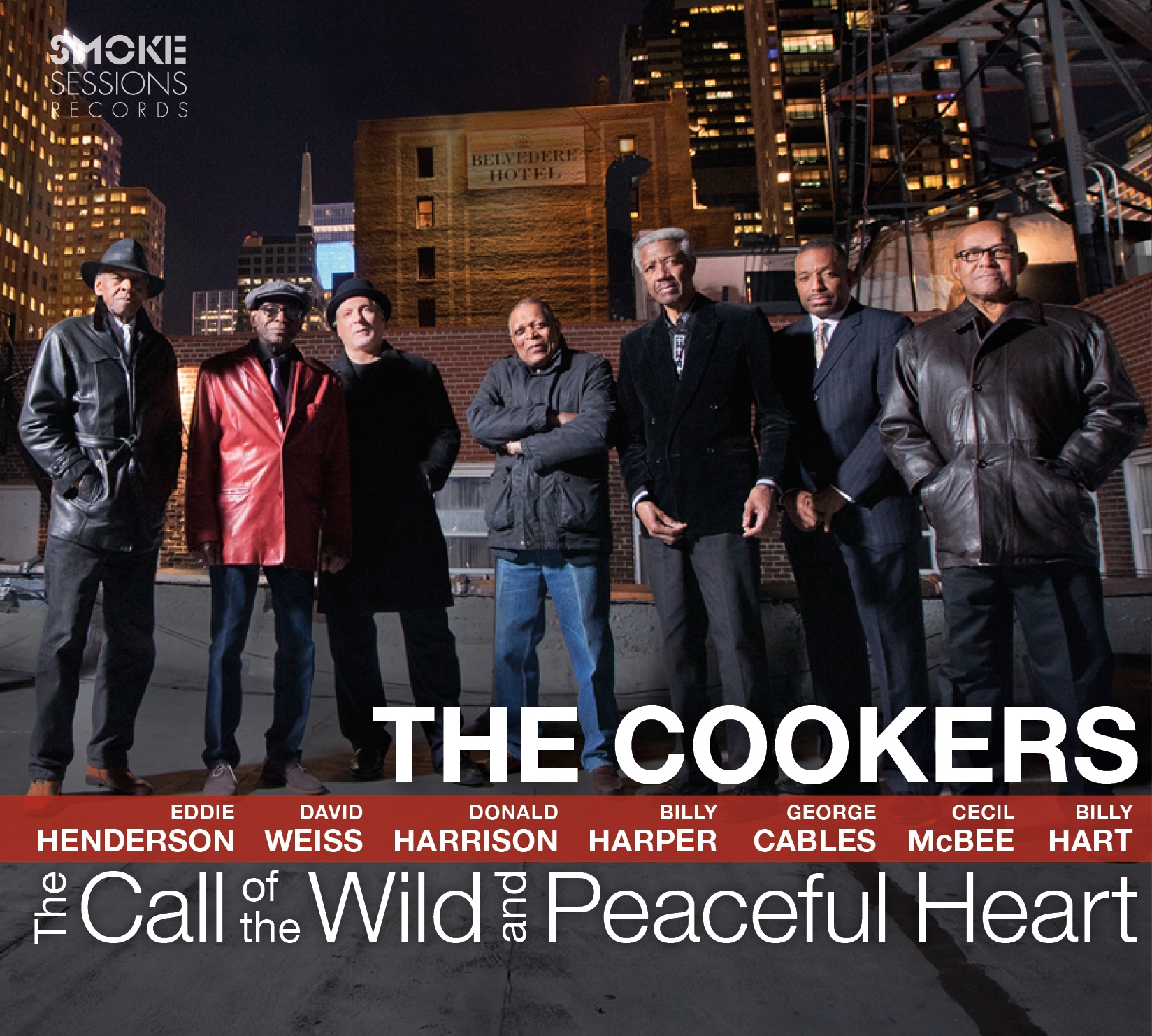 “This hard-hitting septet wears its name like a mission statement. Rich with a mix of classic elegance and exploration, the group might reference the past by name, but it never sounds less than current. ” – Chris Barton, The Los Angeles Times

Hard Bop, a jazz style of the late 50’s and early 60’s, emerged out of the Be Bop era of Gillespie and Parker with players like Horace Silver, Art Blakey, Donald Byrd, Lee Morgan and Freddie Hubbard. Hard Bop is an intensely swinging groove using Soul, Blues and Gospel influences, extended harmonies and blistering solos.

No single album captures the mystique of the hard-bop era better than The Night of the Cookers, recorded for the Blue Note label in 1965, a memorable septet performance recorded before a beautifully responsive audience at Brooklyn’s Club La Marchal where Freddie Hubbard and Lee Morgan engage in a trumpet battle for the ages. The Cookers draws it’s inspiration from the possibilities of such incendiary nights by combining some of the greatest musicians from that era, with some of this generations more fiery players.

The group performs newly arranged versions of classic compositions by Billy Harper and George Cables along with works by the other members of the ensemble.While giants in their own right, the members of this ensemble have performed and/or recorded with pretty much every jazz great of the past 40 years including Miles Davis, Sonny Rollins, Max Roach, Art Blakey, Horace Silver, Jackie McLean, Herbie Hancock, Freddie Hubbard, Wayne Shorter, Joe Henderson, Lee Morgan, Dexter Gordon, Dizzy Gillespie, and Roy Haynes, to name just a few.

Their fourth album, Time And Time Again, was released with Motema Records in September 2014. As well as being well-received by critics, iTunes voted the album as BEST JAZZ RELEASE 2014, and it was also chosen as a Starbucks Pick of the Week.

Their fifth album, The Call of the Wild and Peaceful Heart (Smoke Sessions) has also earned excellent reviews .

“An electrifying ensemble of seven legendary jazz veterans with unmistakable chemistry… Time and Time Again is filled with peerless musicianship that’s both elegant and incandescent.” – iTunes

“Time And Time Again expertly conveys the palpable commitment of these elder statesmen to push beyond preconceived boundaries and move the music forward, while acknowledging the innovations of the past.” – All About Jazz