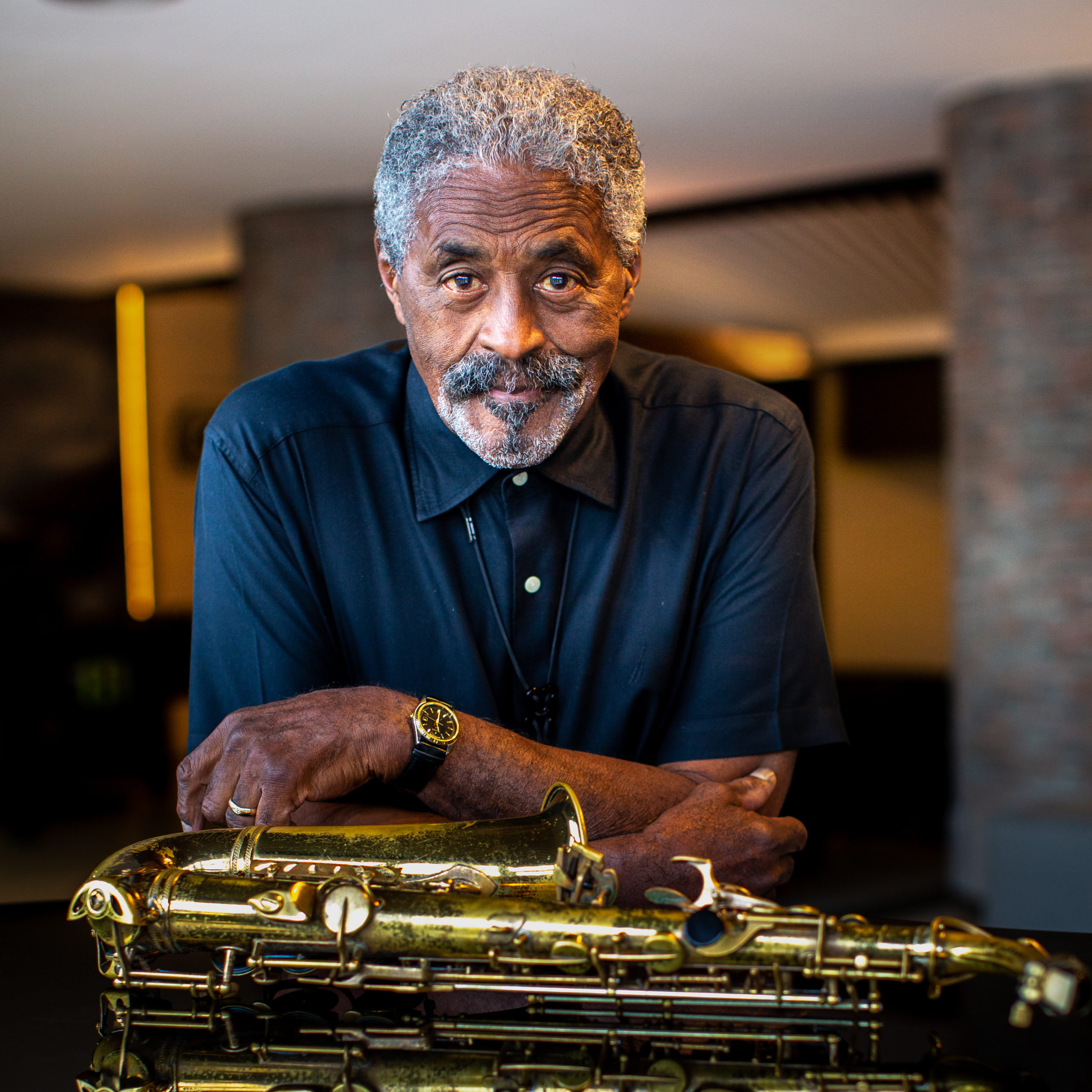 “Charles is the very definition of excellence in our music. He’s the definitive master on this instrument. He plays with exceptional harmonic accuracy and sophistication. He performs free-flowing, melodic and thematically developed solos with unbelievable fire and an unparalleled depth of soul.”

Charles McPherson was born in Joplin, Missouri in 1939 and moved to Detroit at age nine. While growing up in Detroit, he studied with the renowned pianist Barry Harris and started playing jazz professionally at age 19. He then moved from Detroit to New York in 1959 in order to be in the heart of the jazz scene. McPherson soon joined bassist Charles Mingus’ band and performed with Mingus from 1960 to 1972. While performing with Mingus, he collaborated frequently with Harris, Lonnie Hillyer, and George Coleman.

Mr. McPherson has performed at concerts and festivals around the world with his own variety of groups, consisting of quartets, quintets and full orchestras. Charles has toured the U.S., Europe, Japan, Africa and South America with his own group, as well as with jazz greats Barry Harris, Billy Eckstine, Lionel Hampton, Nat Adderly, Jay McShann, Phil Woods, Wynton Marsalis, Tom Harrell, Randy Brecker, James Moody, Dizzy Gillespie, and others. 16 years ago, Charles was featured at Lincoln Center showcasing his original compositions, and once again joined Wynton Marsalis and the J@LC Orchestra in April, 2019 in celebrating the altoist’s 80th birthday. The evening’s performance included new arrangements of 7 of Charles’ iconic, original compositions. Finally, Charles performed in April, 2019 at the NEA Jazz Master’s performance during Stanley Crouch’s tribute.

McPherson has recorded as a guest artist with Charlie Mingus, Barry Harris, Art Farmer, Kenny Drew, Toshiko Akiyoshi, the Carnegie Hall Jazz Orchestra, and the Lincoln Center Jazz Orchestra with Wynton Marsalis. He has recorded as a leader on Prestige, Fantasy, Mainstream, Discovery, Xanadu, Arabesque, Capri and several smaller labels in Europe and Japan. Additionally, Charles was the featured alto saxophonist in the Clint Eastwood film “Bird,” a biopic about Charlie Parker.

Widely recognized as a prolific composer, Charles is now Resident Composer for the San Diego Ballet where he has written three original suites plus two arrangements for chamber music and jazz combos. His newest album on his own label is a compilation of two of multiple movement suites, “Sweet Synergy Suite” and “Song of Songs,” plus a movement from a string chamber work, “Reflection, Turmoil & Hope.” Many critics from acclaimed publications, including DownBeat Magazine, recognized JAZZ DANCE SUITES as one of the best Jazz Recordings of the year. It’s also won the honor of two International Reader’s Polls – both DownBeat and JAZZTIMES as #1 & #4 Jazz Album of the year, plus Charles was named Artist of the Year. Charles was most touched by his peer’s comments. Bobby Watson said, “A masterpiece.” John Beasley and Don Sickler both said, “I had no idea you are such a great writer,” and many more too vast to add here. In the summer of 2019, Dr. Donnie Norton began compiling the entire book of Charles’ compositions for publication.

During the pandemic, Charles was as busy as ever online participating in programs, concerts and festivals all over the world – from the esteemed Global Music Foundation, Detroit Symphony Programs, many jazz festivals, and a new recording coming up from Germany where he is a soloist, and artists in residence programs from MSU to ASU.

McPherson remains a strong, viable force on the jazz scene today. Throughout his over six decades of being an integral performer of the music, Charles has not merely remained true to his Be Bop origins, but has expanded on them. Stanley Crouch says in his New York Times article on Charles, “he is a singular voice who has never sacrificed the fluidity of his melody making and is held in high esteem by musicians both long seasoned and young.” Wynton Marsalis, a longtime admirer says: “Charles is the very definition of excellence in our music. He’s the definitive master on this instrument. He plays with exceptional harmonic accuracy and sophistication. He performs free-flowing, melodic and thematically developed solos with unbelievable fire and an unparalleled depth of soul.”

Charles is a frequent guest at universities all over the world and also teaches privately. Many of his former students have gone on to have careers of their own in jazz, and have earned National Jazz Student Awards. Charles had the honor of being the subject of then PhD candidate Dr. Donnie Norton’s Doctoral Dissertation: “The Jazz Saxophone Style of Charles McPherson: An Analysis through Biographical Examination and Solo Transcription,” and is now being extensively interviewed by Dr. Michael Caldwell for a memoir about Charles’ life and philosophies.